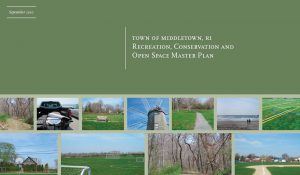 This Recreation, Conservation, and Open Space (RCOS) Plan was created by reviewing the initial work done by the Town in 2008, including the survey prepared by the Town, along with the strengths, weaknesses, opportunities, and threats analysis conducted as part of that planning process. Additionally, input was provided during the April 22, 2010, public forum and the stakeholder interviews carried out in February and March 2010.

Site visits were also undertaken in March and April 2010 as part of the needs assessment in order to visually identify both the positive and negative attributes of Middletown's open space and recreation resources. This effort focused on the most visited recreational properties, particularly ones where the Town plays some role in the maintenance and management of the facility. This analysis summarizes the major recreation and open space issues and concerns facing the Town in 2010 and beyond. The focus of this plan is on publicly owned or managed facilities rather than private ones that may have limited or no public access.